With the COVID-19 pandemic, and with social justice issues showing us that we can all do better to stand up against hate in all forms, the Philippine American Bar Association (PABA) pivoted much of its programming to address top concerns during these unprecedented times.  In 2021, PABA continued to fulfill its mission to foster the professional growth of its members, to sponsor and encourage service to the Filipino American community, to develop and sustain cooperation with other legal and community organizations, and to provide a unified voice for its members regarding social, economic, and legal matters affecting the Filipino American community.

In furthering its mission in 2021, PABA has not only served the Filipino American community, but also the greater Asian American Pacific Islander community, both locally and nationally, by encouraging and sponsoring public service. 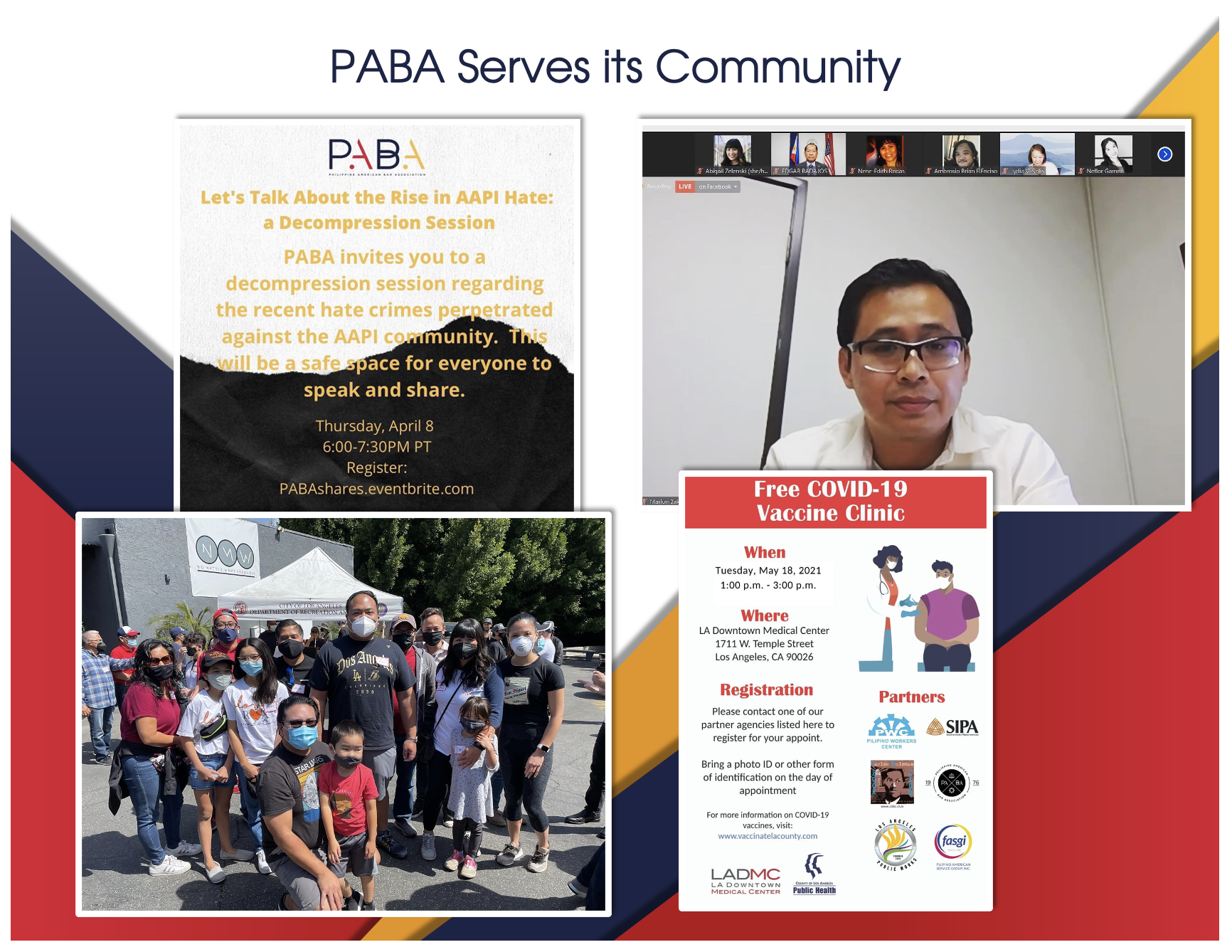 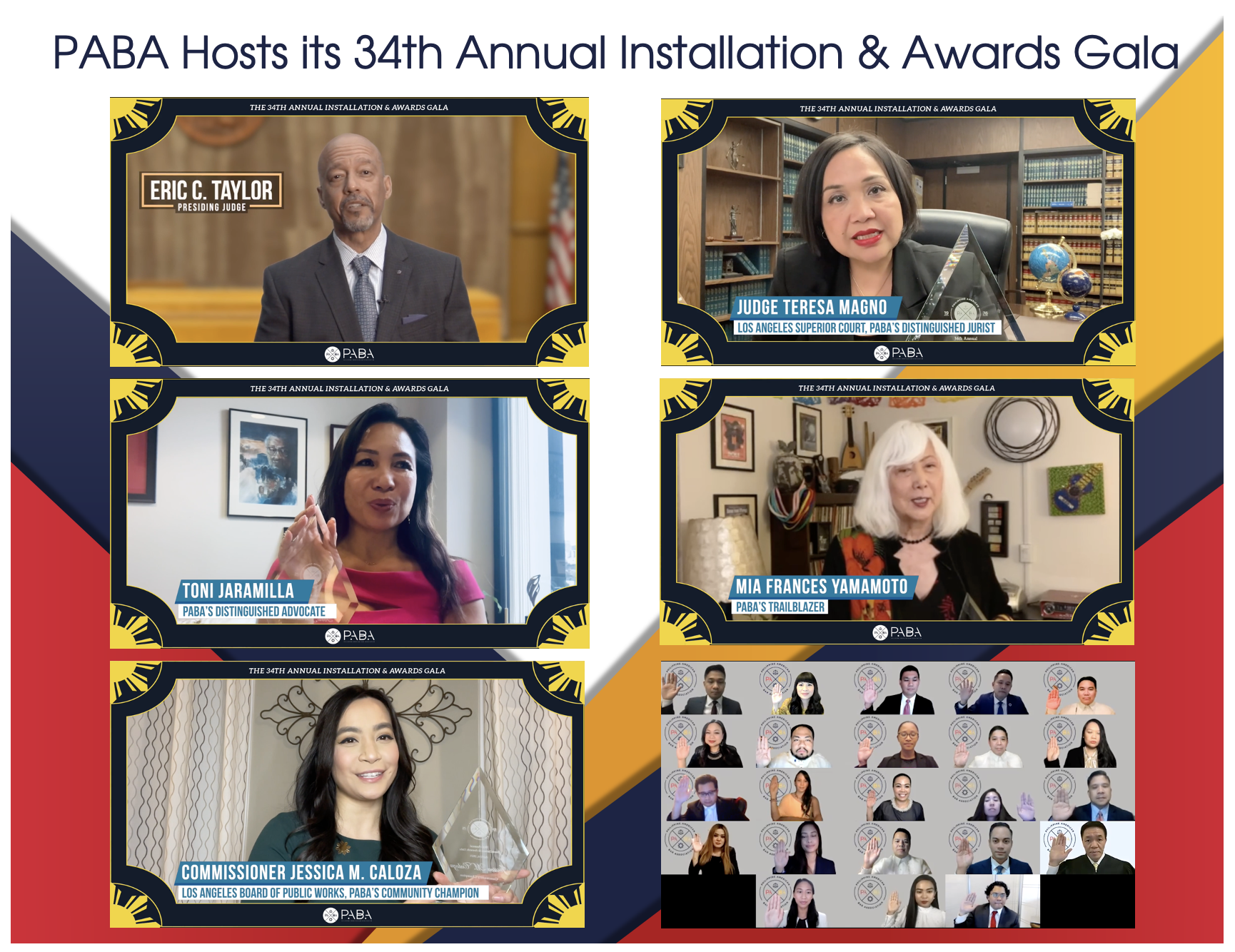 On April 6, 2021, PABA held its 34th Annual Installation and Awards Gala, virtually, with honorees the Honorable Teresa Magno for Distinguished Jurist, Mia Yamamoto for Trailblazer, Toni Jaramilla for Distinguished Advocate, and Jessica Caloza for Community Champion.  Especially during these times, PABA was proud to recognize four Asian American women whose accomplishments have greatly helped our communities. 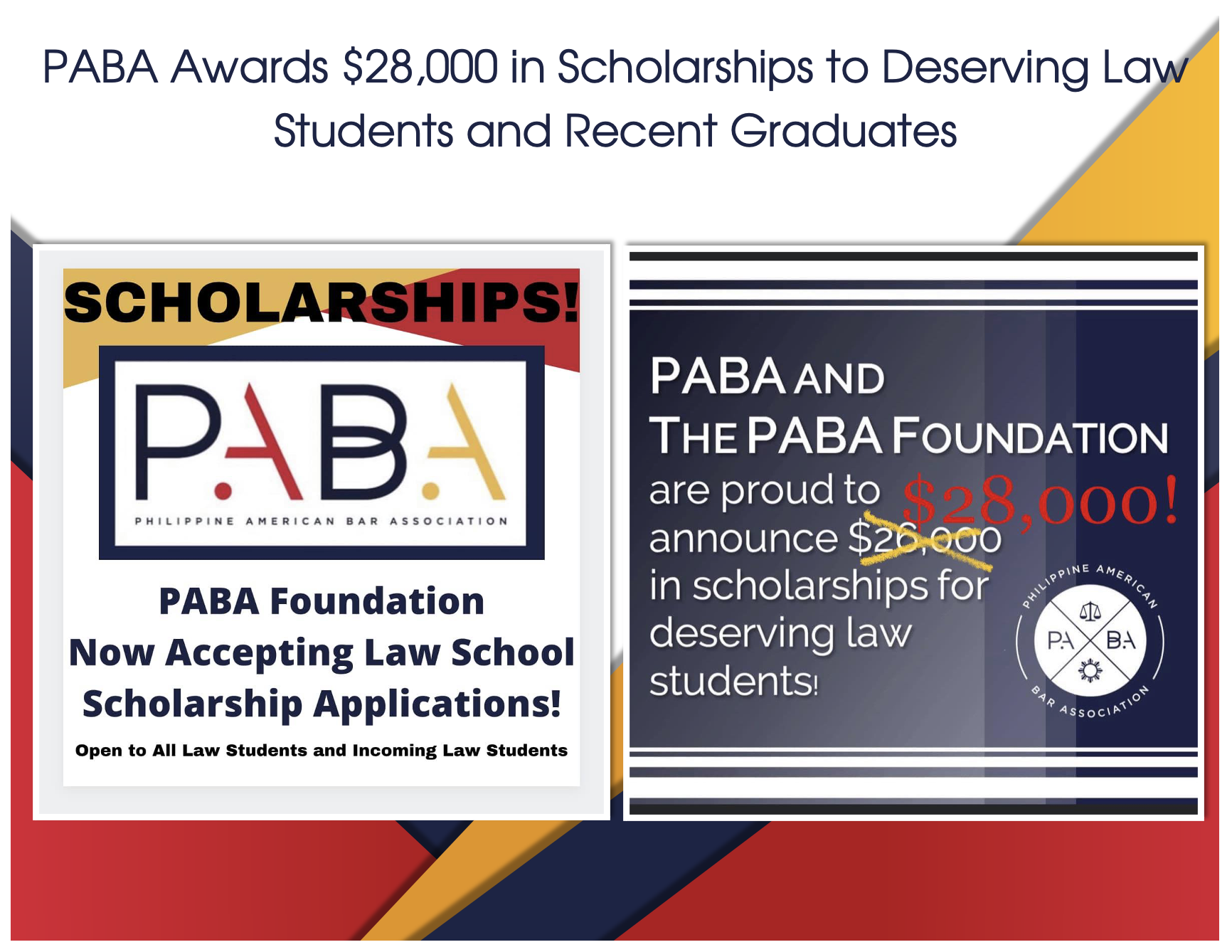 This year’s Gala raised an unprecedented $28,000 in scholarship funds to award to twenty-one deserving law students and recent graduates.  The event was well-attended by over 200 “live” guests who logged on virtually to celebrate our awardees and our scholarship recipients.

With over 250 current members, including over 80 lifetime members, as well as over 430 non-members who subscribe to PABA’s newsletter, PABA has also continued to foster the growth of its members through programming, mentorship, and networking. 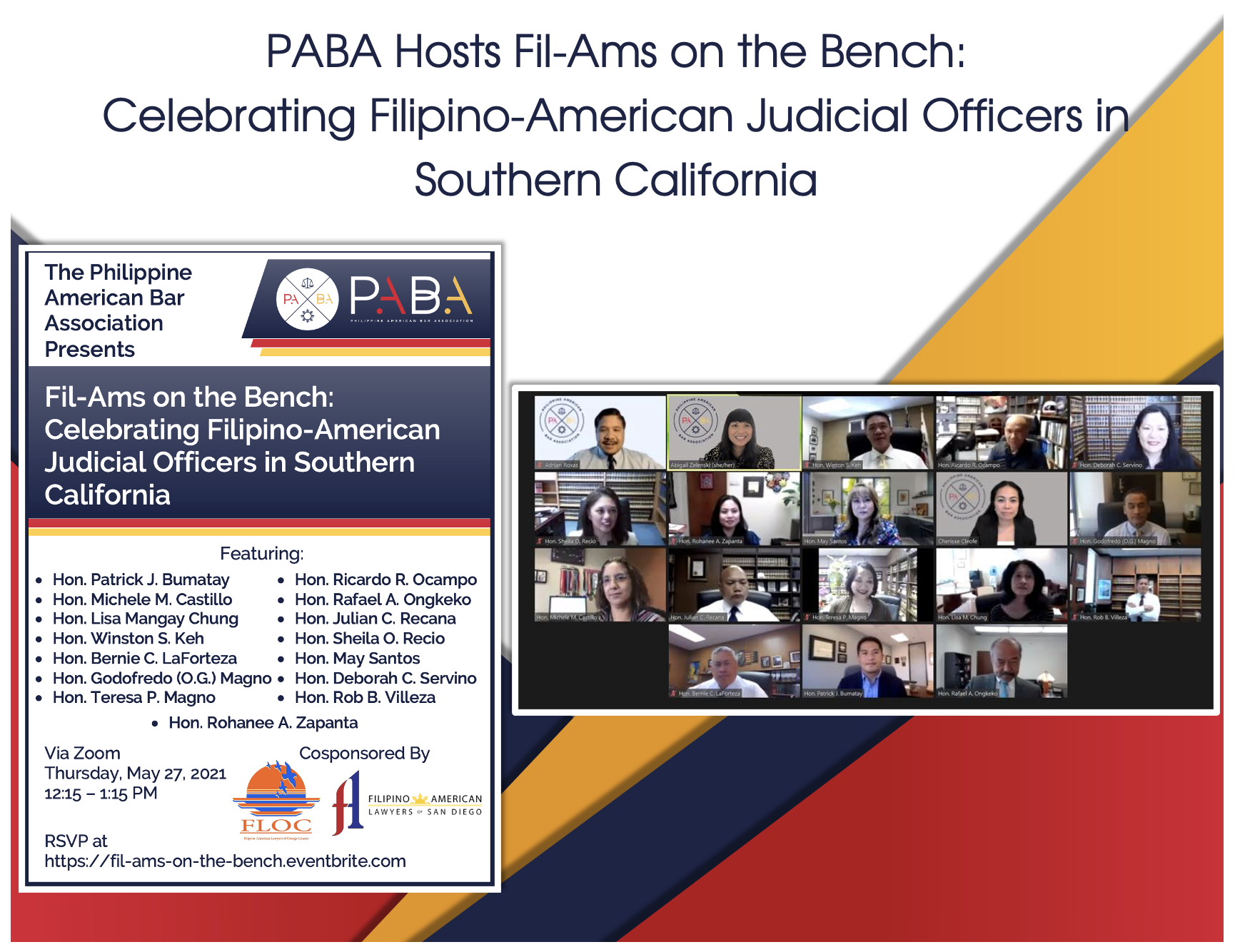 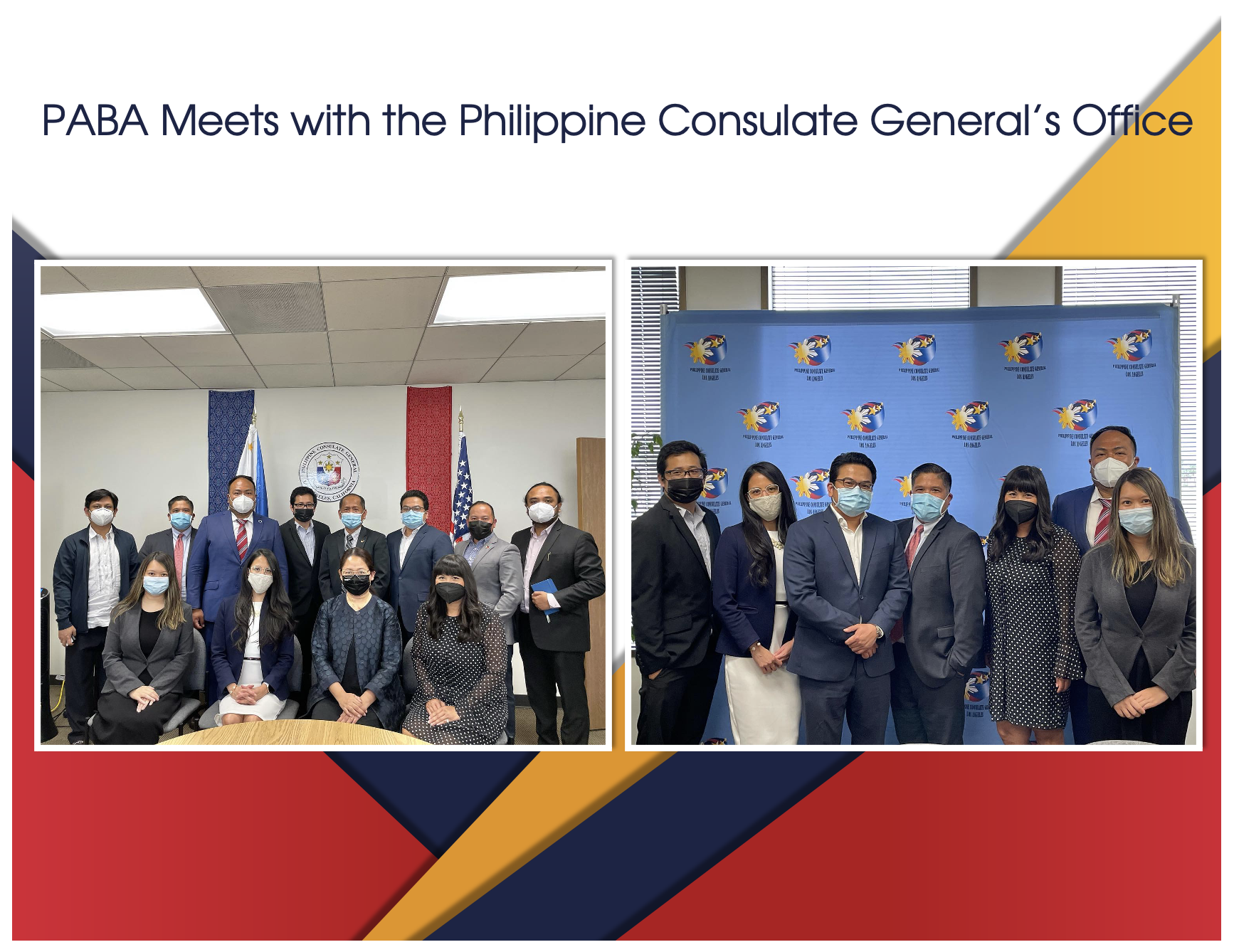 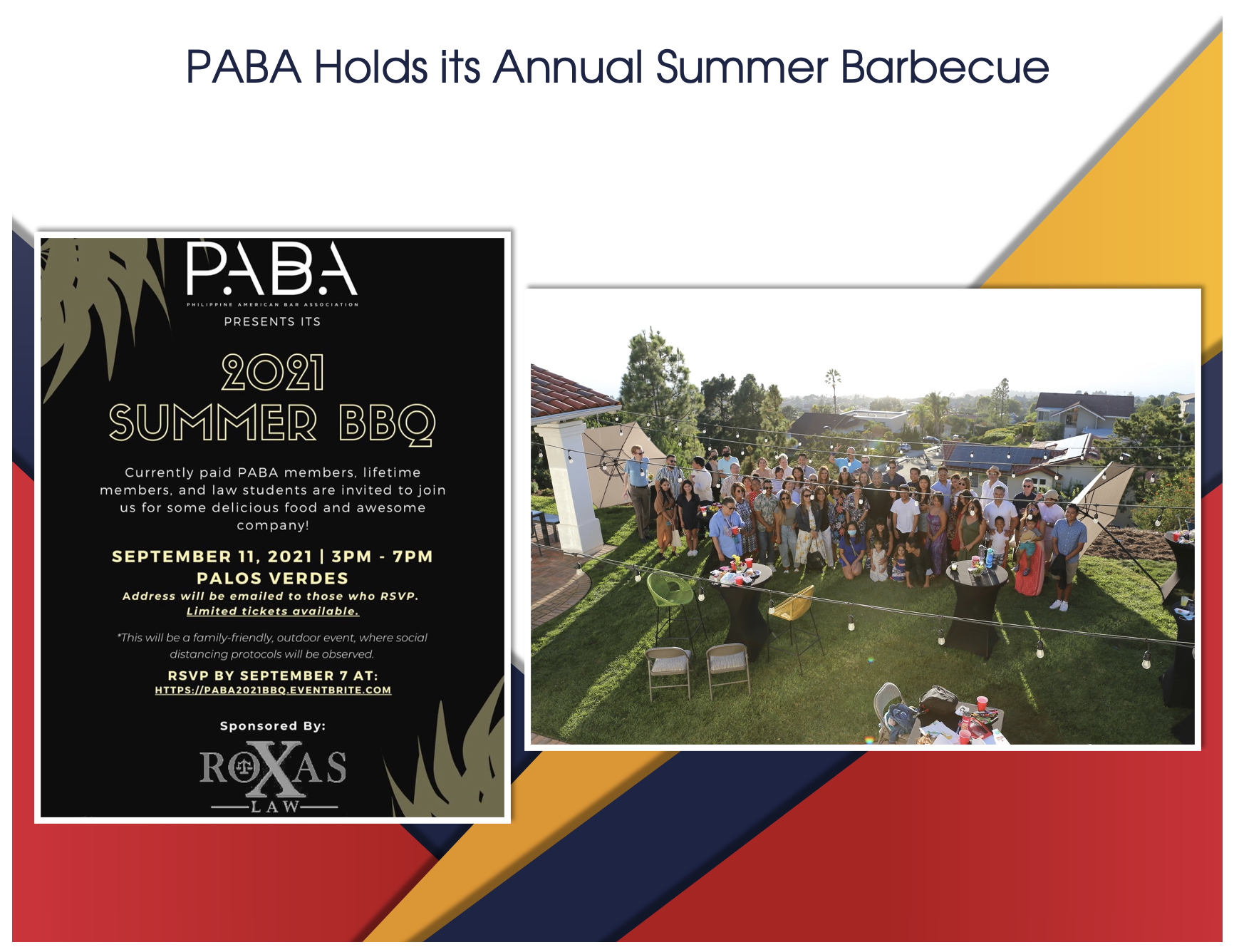 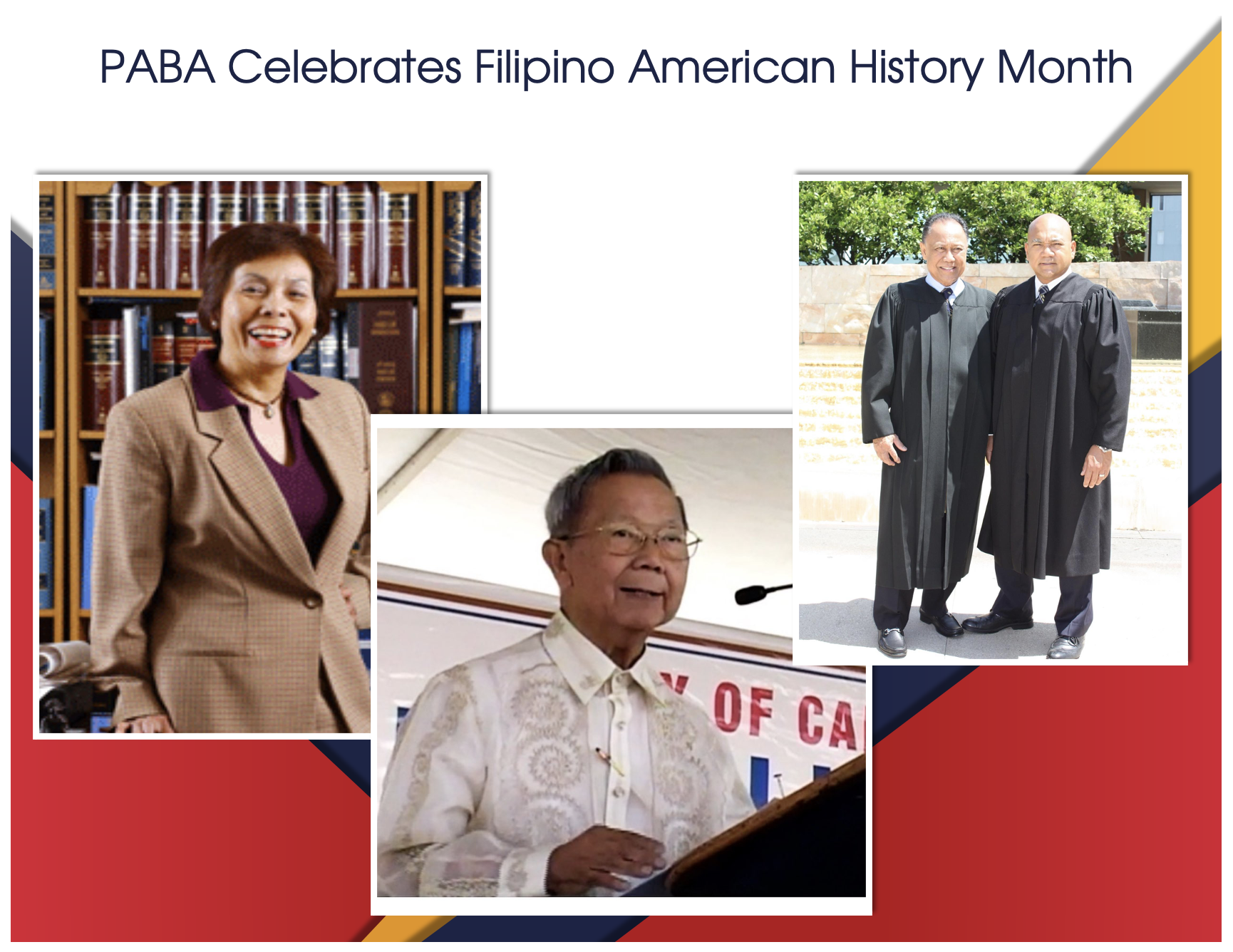 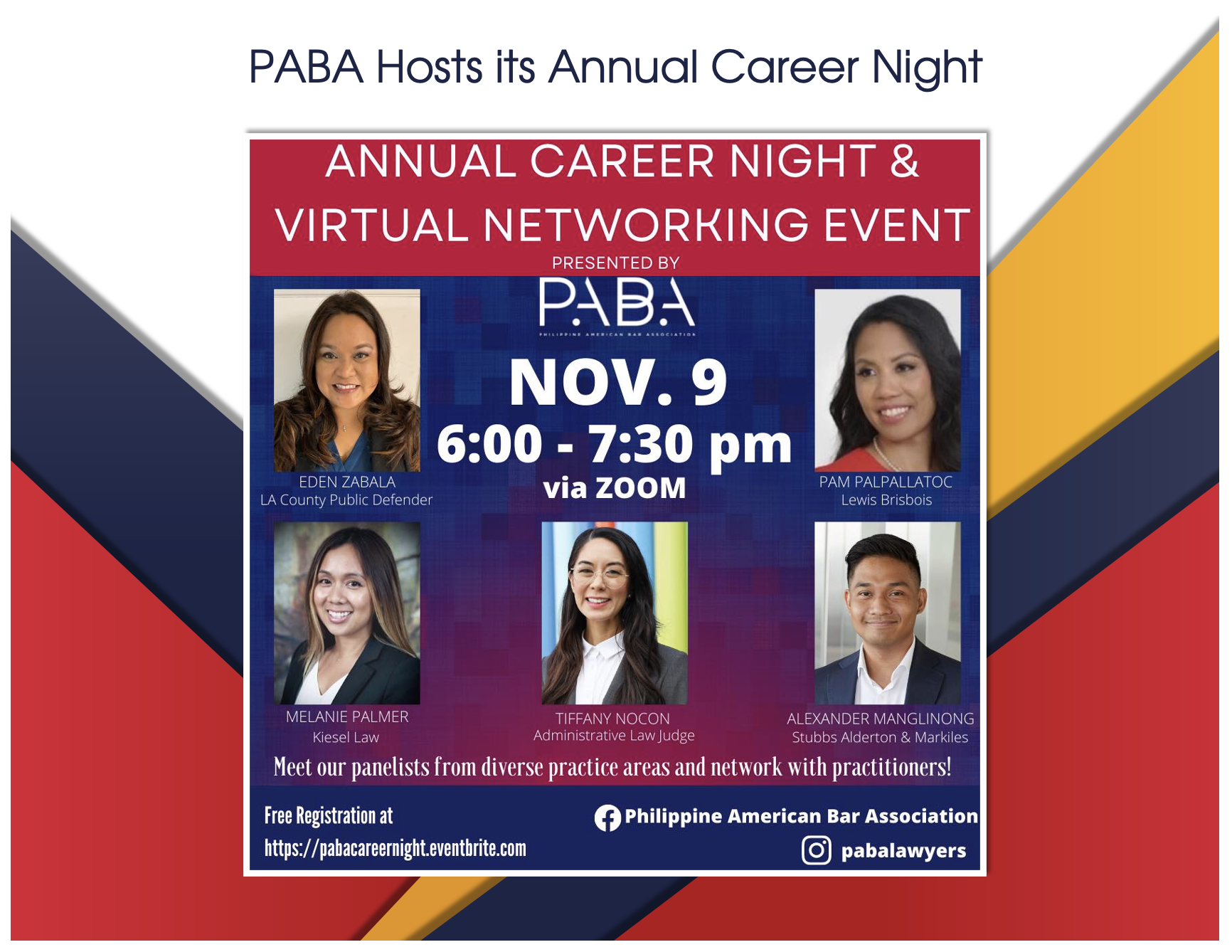 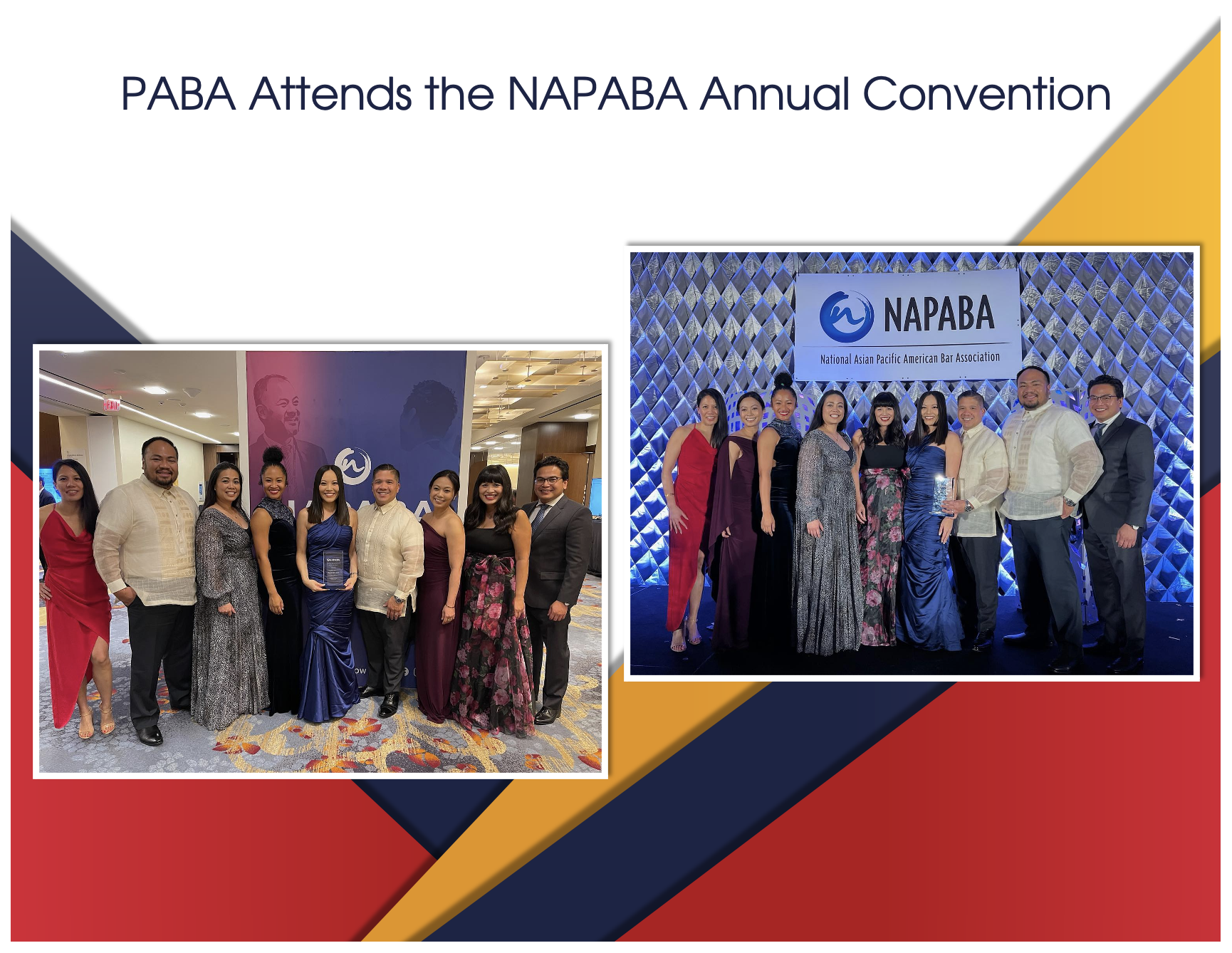 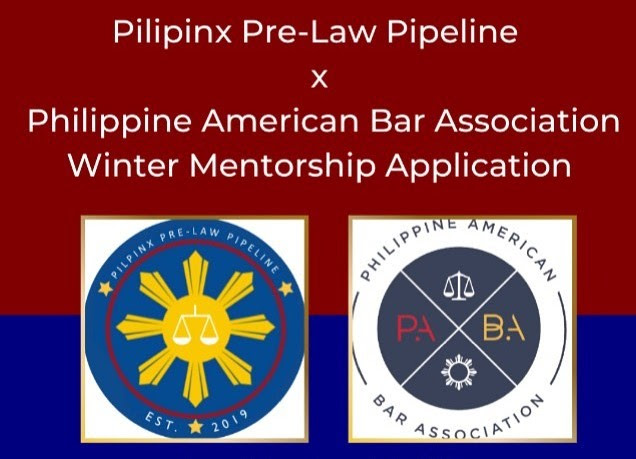 The year ahead…PABA looks forward to furthering its mission in serving the Filipino American community in 2022! Our work could not be possible without your support!